Well, we wouldn’t get anywhere not knowing how to read, so let’s start with pronunciation and the alphabet. Lojban is generally written with ASCII characters (though there are many alternatives). It’s the digital era, after all. Below, I’ve listed the pronunciation of the ASCII letters Lojban uses. 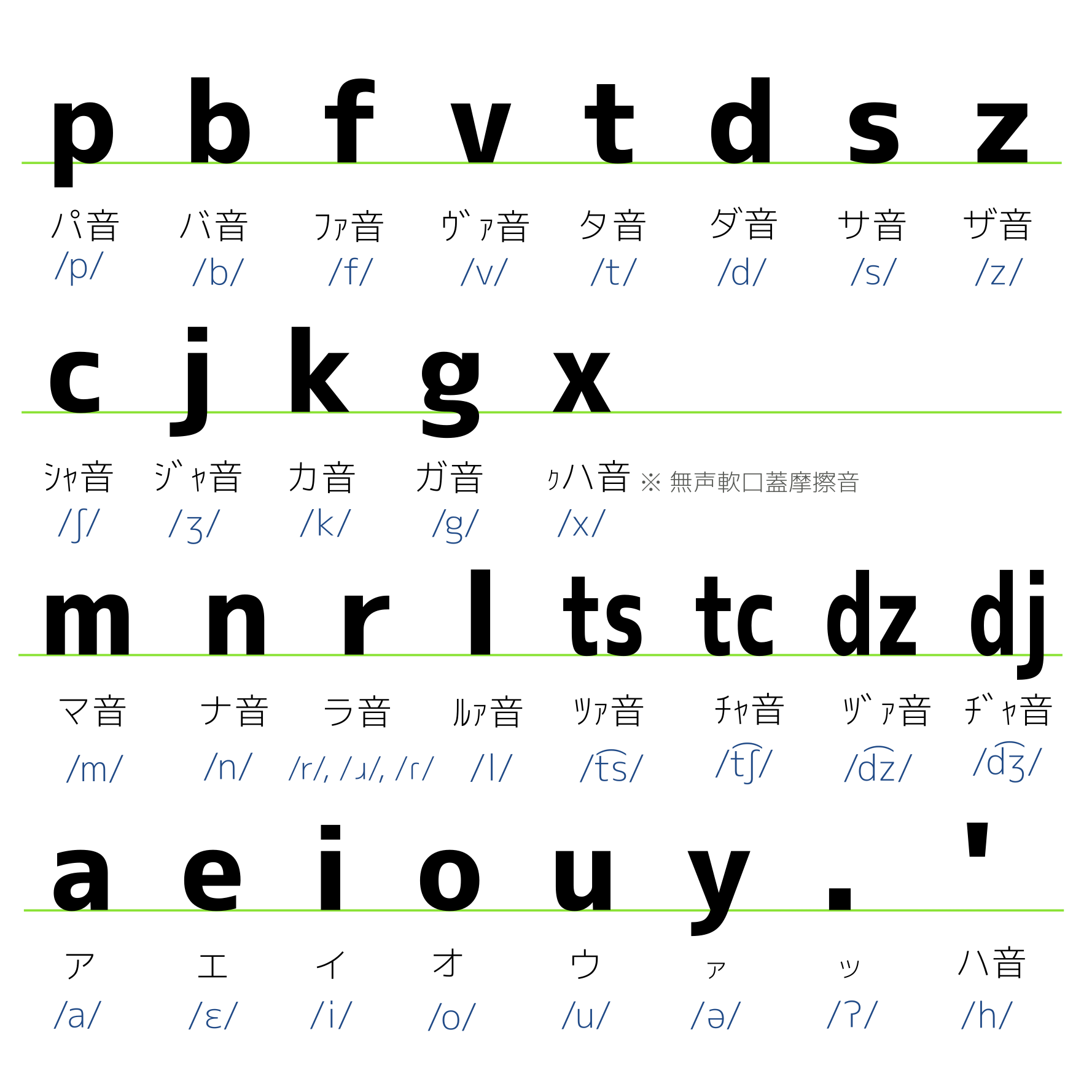 Hmm. Seems you can read many of them like in English. Though, {g} is always hard, and {j} is just the “zh” sound in “measure”… Also, H and Q and W aren’t used, but all the other letters are.

It seems the ones to pay extra attention to are c (sh), x (kh) and y (uh), right? How exactly is x pronounced?

x is the “voiceless velar fricative”. It’s somewhere between “k” and “h”. You can hear it pronounced here.

That one’s the neutral vowel, also known as schwa. It’s that “uh…” sound you make when you’re really exhausted.

I see. How should I read the letters individually? “Ay, bee, see, dee?”

The period represents no sound. It’s a tiny pause or “glottal stop”. Take note that it doesn’t signify the end of a sentence in Lojban (more on this later). The periods at the start of end of alphabet words here keep them from sticking together. まあオマジナイみたいなものだよ。

Oh, similarly, apostrophes only occur between vowels. So you’ll never see “k’a” or “d’e” or something. Apostrophes represent a “h” sound, but Lojban doesn’t count it as a consonant, so it’s a little bit special.

Gotcha. I see {ts} and {tc} are pronounced like “ts” and “tsh”, so I guess they’re not exceptional!

Right! And of course the voiced counterparts of those sounds are written as {dz} and {dj}.

That picture from earlier explains most of what there is to know about pronunciation, but there’s a little more to reading vowels that occur in succession.

That is to say, {i} and {u} occuring next to other vowels are pronounced as semivowels or glides.

So these combinations are read as one syllable.

So stuff like “ao” and “ea” aren’t valid diphthongs?

That’s right. For reasons of simplicity, in Lojban, only those four diphtongs are used. Whenever {a}, {e}, or {o} would follow a vowel, a glide {i} or {u} or apostrophe {‘} is inserted between them.

What the heck is a Soviet-cow?

That third sentence is actually a famous pangram. See how it contains every letter?

For those cautious about phonemes:
Here is Koshon's pangram written in IPA, under the recommended pronunciation rules.

Words introduced in this lesson